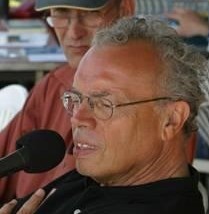 Taking in the footsteps of his father who was an Aéropostale pilot, Bernard Chabbert started flying planes when he was just 15. He turned to journalism early on and started his career on the radio station Europe 1 as a reporter. He also acted as editor for major aeronautical reviews during the 1970s – Aviasport in France, and as a correspondent for the English magazine Pilot. He created the extremely popular television programme Pégase in 1991, and is still involved with television today having launched Aerostar TV in 2015, dedicated to aviation and astronautics. Winner of three Aerospace Journalist of the Year Awards (1997, 1998 and 2005), he has published over 1,200 articles and 5 books – essays, novels, and papers. He has literally spent months in the air with over 1,600 hours of flight time in more than 250 different types of plane including vintage aircraft (Lockheed Electra, B 25 Mitchell, PT 17, etc.), and has also taken part in the making of both documentary and fiction films.

He acts as commentator for several Airshows each year; La Ferté-Alais, Salon du Bourget, Payerne, Bex in Switzerland, and Duxford to name but a few. His unique style, both poetic and committed, makes him highly appreciated by spectators, be they specialists in the domain or newcomers.

Bernard Chabbert is a well known figure in the world of French Airshows and he has spread the love of aeronautics to many.

Get information and news about the airshow